Tonight on the NET net, I’m talking about being a net control operator, what it takes, tips and tricks, and just doing it in general. As part of this I thought I’d share my setup for being net control for the NET net!

So, without further ado, here’s a picture! 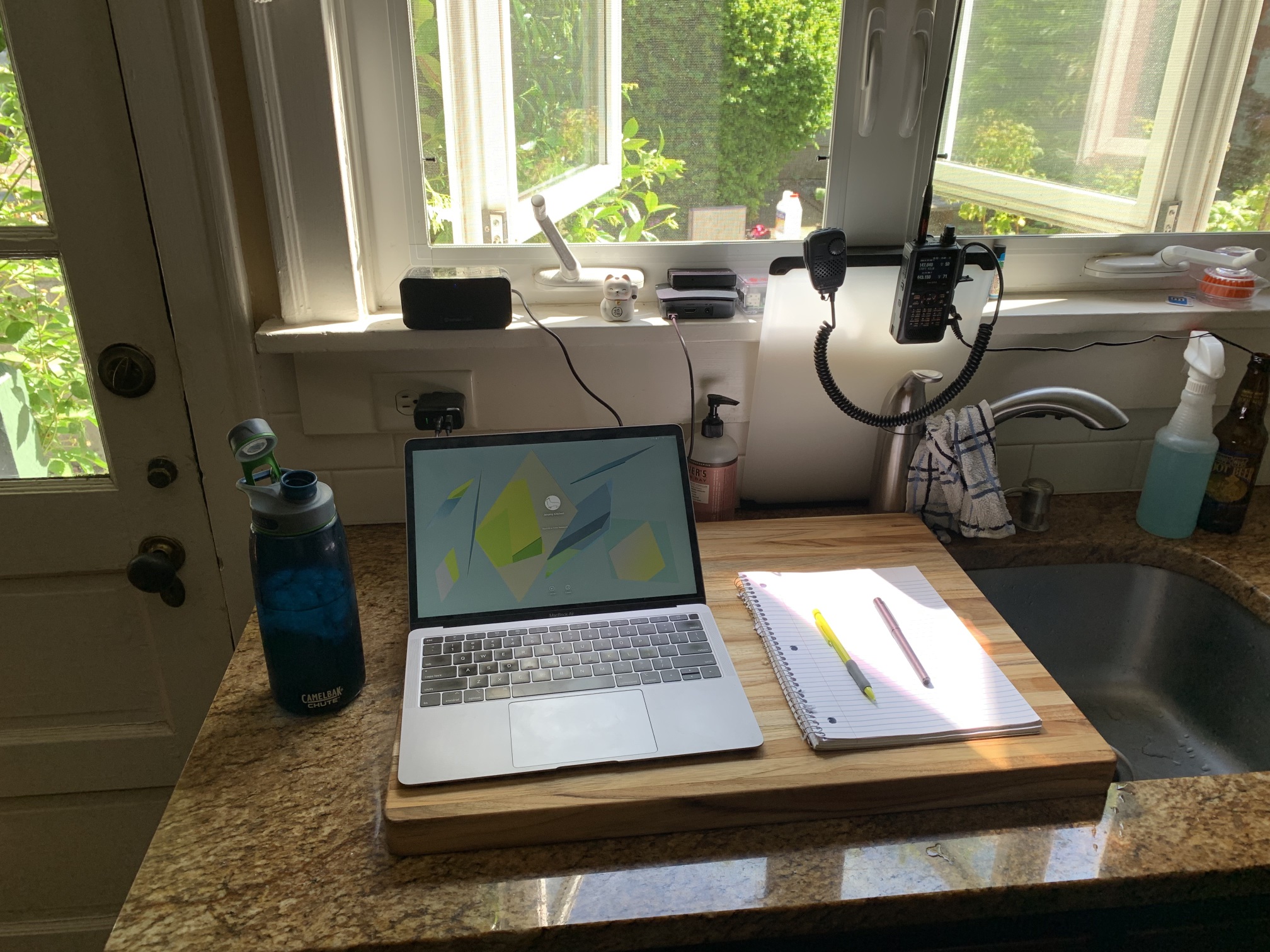 Now, I know what you’re thinking. Pen and paper? and a laptop?

I kid. I know what you’re really thinking. Yes, that’s my kitchen. Yes that’s my sink. Yes that’s a lot of very expensive electronics within inches of a faucet. I know. I haven’t had any mishaps yet, and it’s really the only place I have to do it at the moment, as I need to be on the south side of my place to reach the repeater from the handheld reliably, and then I also have plenty of power and space for things. It’s a risk, but it’s one I take all the time, so it’s fine. All of that stuff is either battery powered or well grounded and on GFCI outlets, so I’m not worried about personal safety.

A quick rundown though of the stuff you’re looking at:

Here’s the power supply. It’s just a Powerwerx 30 amp power supply. I “made” the cable by taking the stock power supply that came with the radio, cutting it, and putting Anderson connectors on the ends. The stock supply is 12V, so this is convenient for using with other 12V sources. There’s a big warning though to not wire directly to a vehicle’s 12V supply, however, because it’s not a well regulated 12V, and that can hurt the radio. It expects a regulated 12V source. Makes sense. Also, pro tip, bust out your meter and check the polarity of the wires before you put the connectors on. Some radios don’t much care for reversed polarity, as it turns out. *ahem* 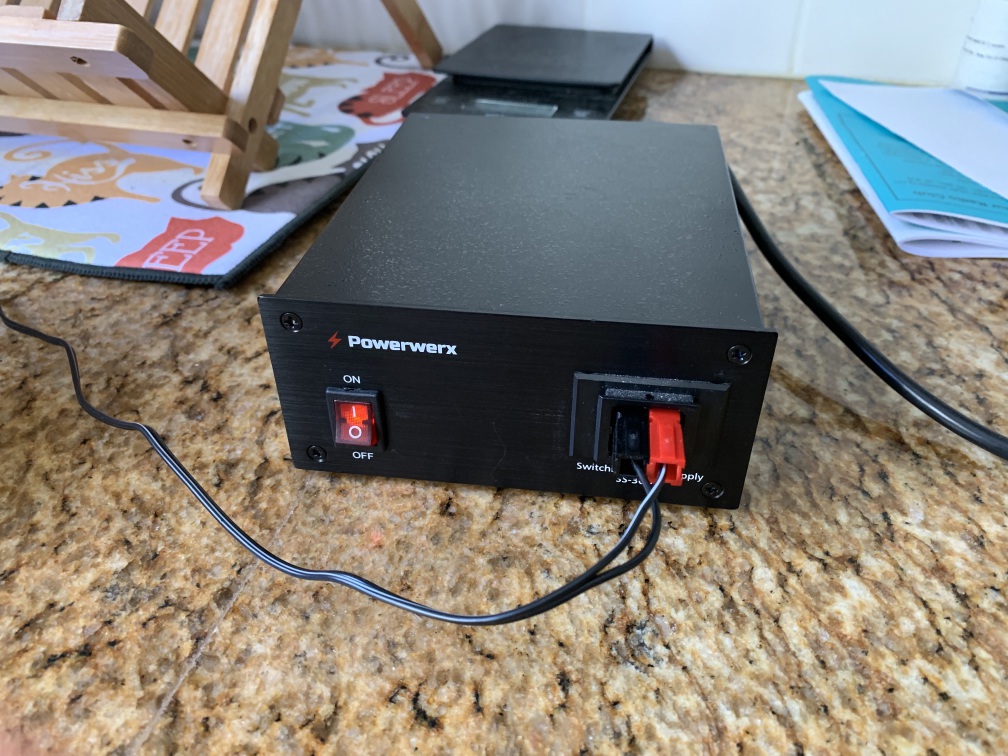 There are also a couple of other pieces of electronics in there, there are 2 raspberry pis (only one is in use at the moment), a Mobilinkd TNC2, and there’s another bluetooth speaker behind the cutting board. Those aren’t part of the net control setup, that’s just where those things live. The RPi lives there primarily because my radio also tends to live on that ledge, and it’s connected via bluetooth to the radio for Winlink and other packet stuff, so I just like to keep it near by. Plus that USB charger there is very conveniently placed to power the Pi. The other Pi is something I still want to set up but haven’t done yet, and the Mobilinkd is one of 2 that I have (I also have the TNC3) that I’m using for my “winlink on the cheap” project. But That’s Another Show™

Note that this is all very temporary setup. My handheld does live on that shelf, generally, because it’s just a convenient place for it, but the big power supply and all the other stuff gets put away after the net, it doesn’t live on my kitchen counter!